Unidirectional Data Flow in Swift - inspired by Redux and NgRx.
Based on Combine - ideal for use with SwiftUI.

Why do I need Fluxor?

When developing apps, it can quickly become difficult to keep track of the flow of data. Data flows in multiple directions and can easily become inconsistent with Multiple Sources of Truth.

With Fluxor, data flows in only one direction, there is only one Single Source of Truth, updates to the state are done with pure functions, the flow in the app can easily be followed, and all the individual parts can be unit tested separately.

How does it work?

Fluxor is made up from the following types: 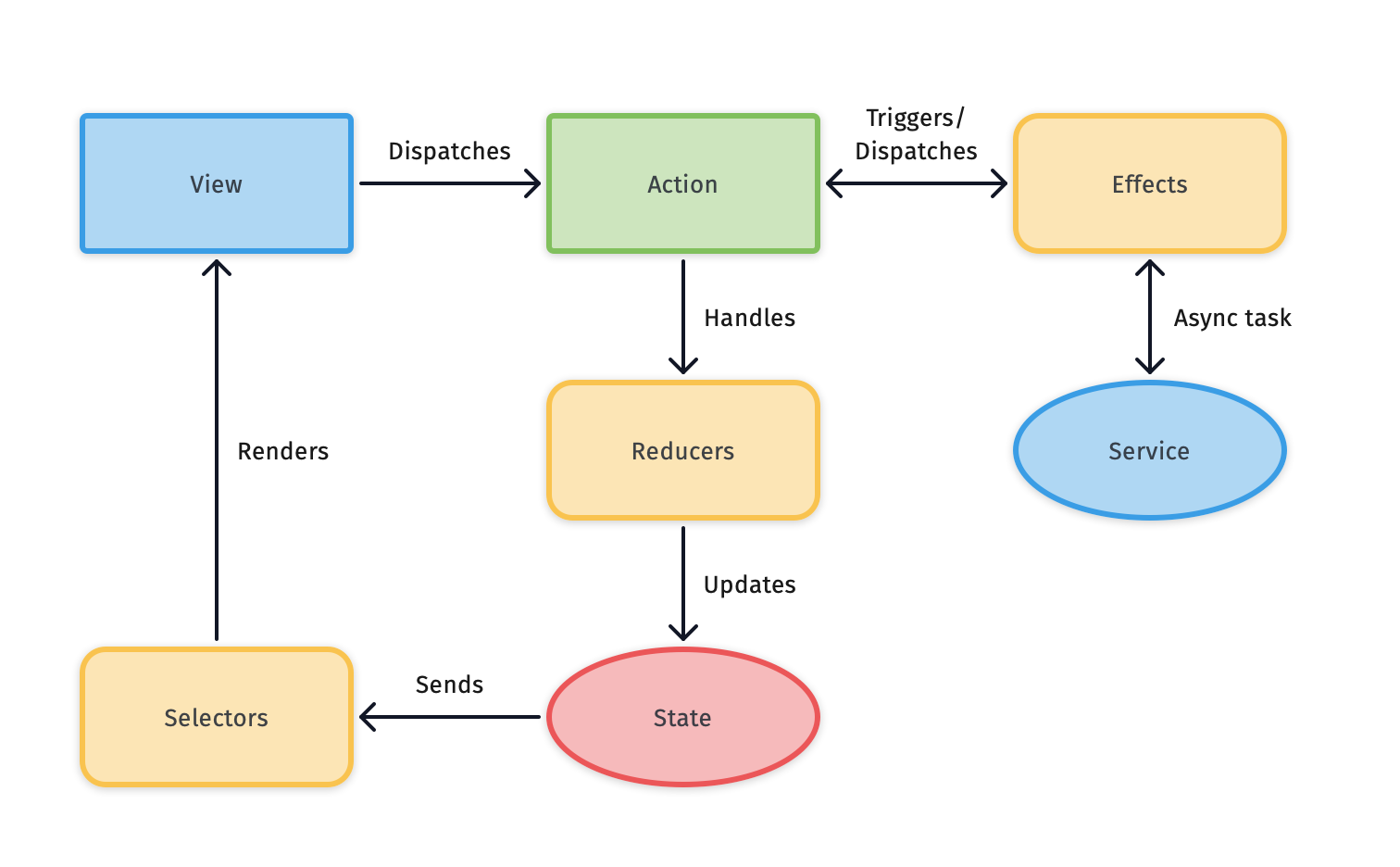 Fluxor can be installed as a dependency to your project using Swift Package Manager, by simply adding https://github.com/FluxorOrg/Fluxor.git.

As a minimum, an app using Fluxor will need a Store, an Action, a Reducer, a Selector and a state.

Here is a setup where firing the IncrementAction (1) will increment the counter (2) in AppState (3), and when selecting with the counterSelector (4) on the Store will publish the counter everytime the state changes (5).

Effects are registered in the Store and will receive all Actions dispatched. An Effect will in most cases be a Publisher mapped from the dispatched Action - the mapped Action will be dispatched on the Store.

Alternatively an Effect can also be a Cancellable when it don’t need to have an Action dispatched.

If read-only access to all Actions dispatched and state changes is needed, an Interceptor can be used. Interceptor is just a protocol, and when registered in the Store, instances of types conforming to this protocol will receive a callback everytime an Action is dispatched.

Packages for using it with SwiftUI and testing

Fluxor comes with packages, to make it easier to use it with SwiftUI and for testing apps using Fluxor.

Fluxor has a companion app, FluxorExplorer, which helps when debugging apps using Fluxor. FluxorExplorer lets you look through the dispatched Actions and state changes, to debug the data flow of the app.

FluxorExplorer is available on the App Store but also available as open source.

To learn more about how to use FluxorExplorer, go to the repository for the app. 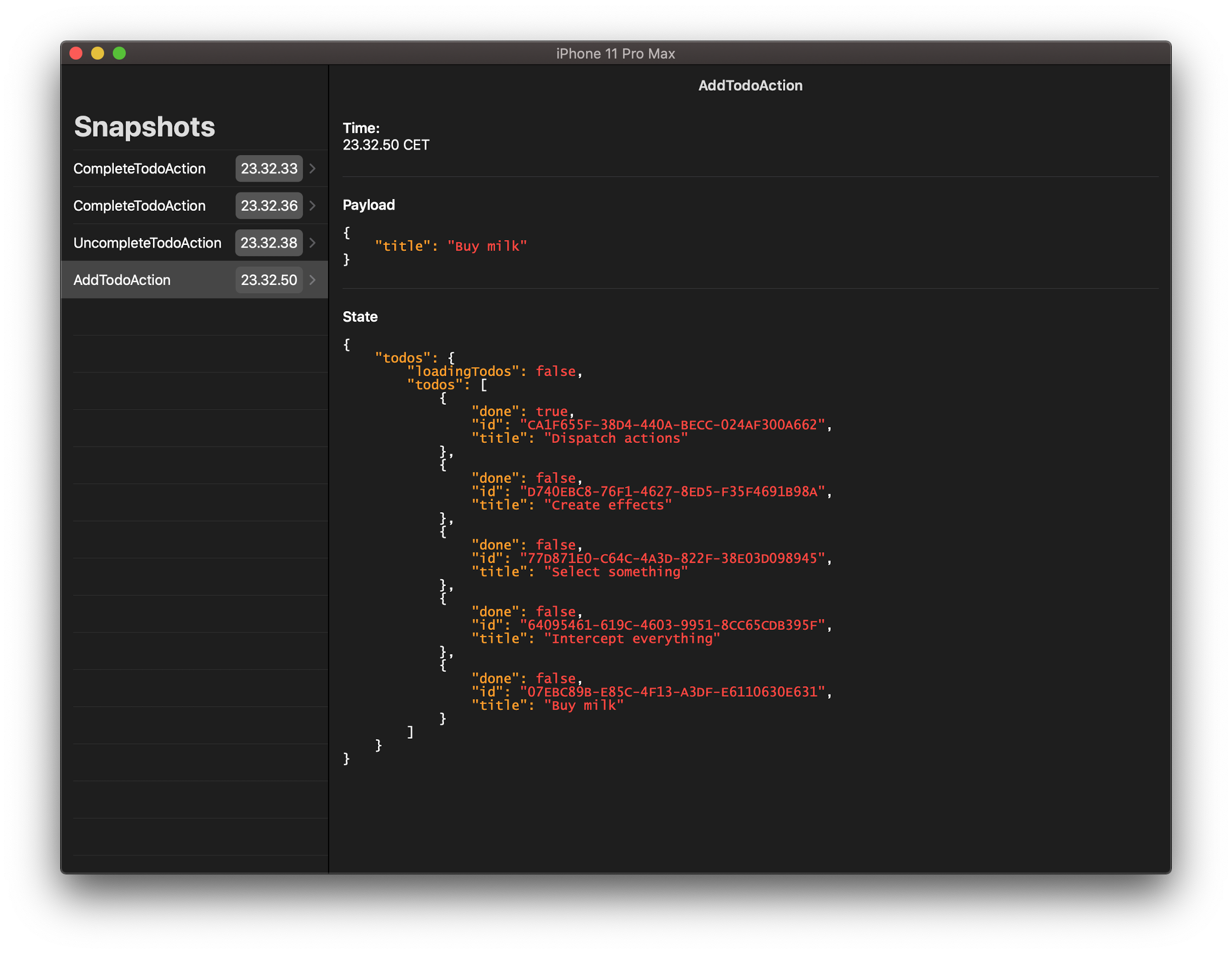